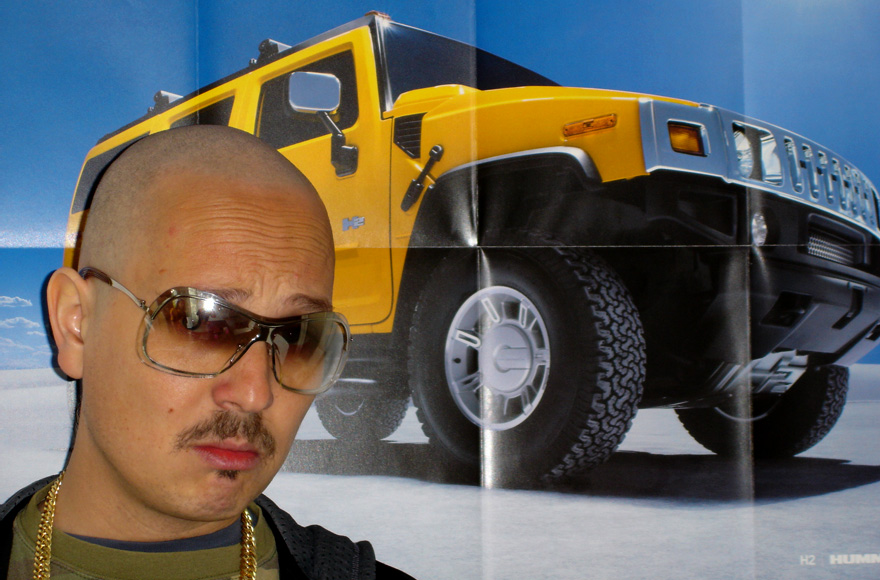 Fictional characters brought to life via the web – meet Berry Rijkers, a seedy low-life rapper on the dole. His dream is to drive a Hummer, but he’s too poor to buy one.

So, together with Han Santé, his dodgy manager, he creates a website, www.mijnhummer.nl (my Hummer), to collect the money.

In return for a free download of his track “You ain’t shit without a Hummer” (Zonder Hummer ben je niets), Berry asks for a donation, to be made via PayPall.

In four short documentaries, we witness Berry and Han struggling for the Hummer. The project was taken seriously by most visitors to the site. Subsequently, Han en Berry were invited to a host of TV and radio shows, always in character.

Mijn Hummer started as a joke, then quickly gained momentum. Many people offered their services and contributed to the project – illustrators, webmasters, flash programmers, music producers, graphic designers, et cetera. It was amazing to see the powerful cumulative effect of creativity happening before our eyes.