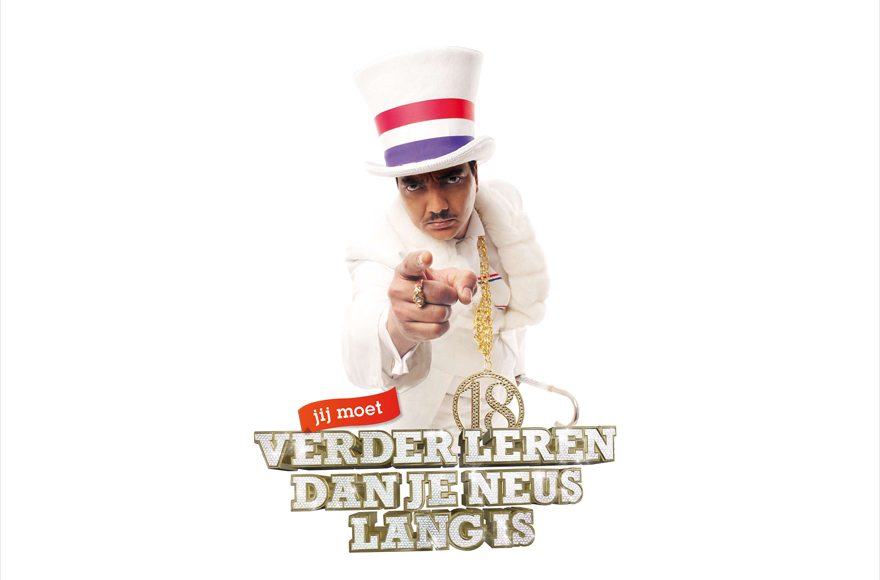 In 2007, the Dutch government introduced a new school attendance law, obliging youngsters to carry on studying till their 18th year. Hence, the Ministry of Education, Culture and Science commissioned a campaign to communicate the measure to both kids and parents.

We came up with the idea to feature the famous Dutch-Surinamese comedian Jörgen Raymann as a local version of Uncle Sam. Because Raymann combined a popular sense of humor with the necessary authority, he was fit for the job of bringing the ‘bad’ news.

In this integrated campaign, the government did something it generally never does: it used the word ‘have’, as in “You have to carry on studying” – a taboo-word for post-sixties generations – while literally pointing a finger.

It worked. The campaign won a SAN Accent award for best integrated campaign 2007.